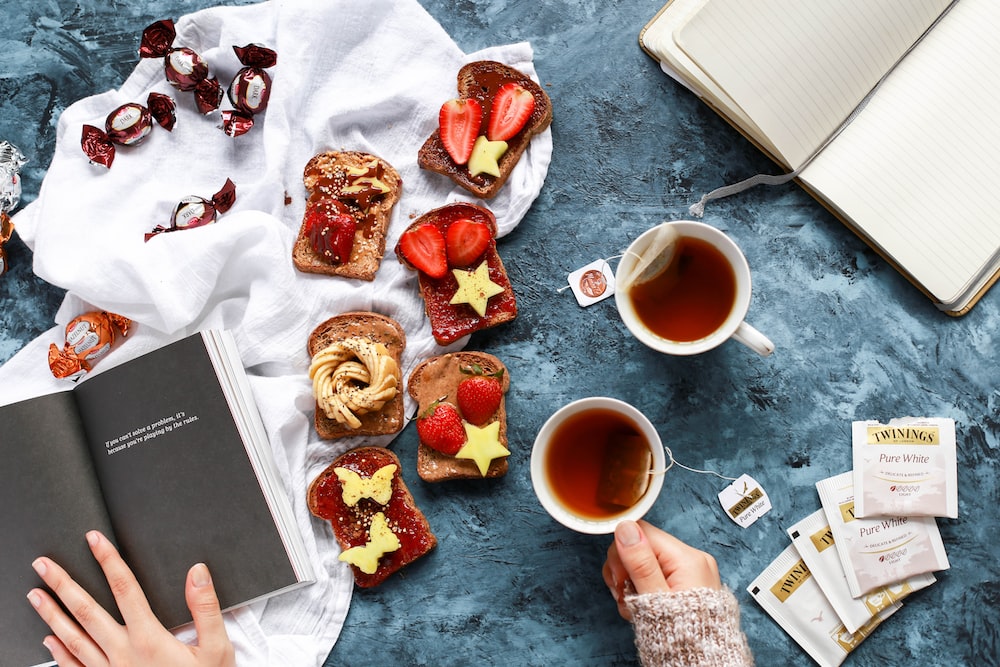 Black tea is the most popular beverage in the world. In many societies, black tea is embraced for health benefits such as protection from heart problems and increasing weight loss.

The main source of black tea is Asia and Africa. Some black teas are subtle and sweet, while others are pungent and robust. With the many varieties, choosing the right one can be a bit hectic. This article has put together all the types of black teas to help you choose the right black tea for you.

What Is Black Tea?

Black tea is made from the Camellia sinensis plant. The latter is responsible for other teas such as green tea, white tea, and Pu-erh tea. Black tea is the best strong tea when it comes to flavor and aroma.

The flavor of the tea varies based on where it is sourced and how it is cultivated. Black tea is also a common ingredient in flavored teas and tisanes.

Black tea comes in different ways, through cakes, balls, tea bags, and loose tea. The most general classification of black tea is on where it is grown. That is Sri Lanka, India, Africa, and China.

This is the best black tea type in the category. Assam black tea is sourced from India, Assam, which is among the largest tea producers in the world.

The type was discovered in the ancient days by the British Empire and used it as a base to build their empire.  They used Assam black tea to compete against China’s monopoly tea on the trade.

The tea has an earthy flavor and crispy feel making it perfect as a base of flavored teas. It is used in breakfast blends as well as a base for masala chai.

This tea type grows in areas with high amounts of rainfall, and the flavor is similar to the chocolate flavor.

Darjeeling tea grows in Darjeeling India, which is in the state of West Bengal. The tea has been named as the ‘champagne of tea’ due to its high and delicate profile. The flavors of the tea vary depending on the harvested season – these are known as flushes.

The other flush happens in June and produces full-bodied black tea with some spice and musk.

The third flush occurs in the rainy season and yields monsoon Darjeeling tea. The latter is the most popular in making black tea blends.

The final flush has the highest amounts of tannins, and it happens in late fall. This simply means the black tea harvested  this season is stronger.

Nilgiri is grown in the Western Ghats Mountains of Southern India. The tea is also known as Blue Mountain tea.  It is mainly produced by small scale farmers.

To minimize the production cost, the small-scale farmers combine their products and let a bigger firm complete the production. Nilgiri tea is among the teas that are grown in many parts of the world. Some types are grown 8,000 feet above sea level.

The tea has a sweet flavor with a fruity taste. It is the best for iced tea because it does not produce a bitter taste when brewed. A majority of this black tea type is produced using machines and is therefore available in tea bags. Only a few vendors handpick the leaves and process them. The latter is more expensive than the machine produced tea leaves.

This type of tea is also known as Qimen Hongcha. It is only produced in the Anhui province of China. Keemun is popular among the connoisseurs due to its high quality. It has a great profile that is close to that of wine. The brand is oxidized slower than other black teas.  As a result, it has a unique and different flavor.

It has a floral and fruity aroma and features of pine and tobacco. Keemun is best enjoyed by itself without adding other sweeteners or additives. Milk, honey, and sugar limit the flavor of the tea and should, therefore, be limited.

The flavor of the tea can be compared to that of unsweetened chocolate. The slow withering and oxidation process results in the nuanced flavor.

This black tea is known as Dianhong. It is grown in Yunnan province of China. Yunnan black tea has a concentration of leaf buds known as golden tips.

Unlike other black teas that produce a black or brown color when brewed, Yunnan black tea produces a brassy orange color.

Despite being refined, it is still considered the most robust tea in China. The tea has a smooth and rich flavor with a hint of honey and chocolate. Some firms add a peppery sweetness.

This tea has a taste of tobacco, which has rendered it the nickname, ‘whiskey of tea.’ It is only sourced in the high Wuyi Mountains of Fujian province. It differentiates itself from other teas in its production process.

The leaves of the tea are burned over a burning pine fire. This explains the fragrance and smoky flavor of the tea.

Lapsang Souchong is among the best black tea flavors, and it is most preferred by individuals who love strong flavors.

Due to its bold flavor, it is the best alternative for coffee.

The tea is named after the previous official title of Sri Lanka, where it grows. The aroma and the taste of the black teas vary depending on the part that it grows in the nation. There are plantations in the mountains and others in the coastal region.

The Irish breakfast teas feature a smooth and rich flavor. It is best served with milk. They are dark red to brown.

This tea features black tea leaves, which are infused by bergamot orange. The rind of the latter are dried and added to black tea leaves. The history of Earl Grey Black Tea goes back to China, although it became popular when the British started producing it in en masse.

English breakfast tea has a robust flavor, and it blends perfectly with milk and sugar. It is also served with a lemon and a hearty breakfast.

The type of chai is prepared by mixing black tea with multiple spices. It is generally brewed using Assam black tea and other spices such as cardamom, black pepper, cloves, cinnamon, and ginger. It can also have other additions such as nutmeg and anise.

Assam black tea is a mild flavor that doesn’t compete with strong spices. Masala is taken with condensed milk or as a latte.

You can also add other flavorings such as sugar, milk, and honey to balance the flavors on the blend.

How to Prepare Black Tea

It is advisable to use leaf tea instead of tea bags. The latter is produced by the Cut-Tear-Crush (CTC) method where the leaves are placed in big machines to crash into pieces.

The broken leaves do not have strong flavors like the loose leaf teas. Although the latter is expensive, it matches the quality level.

Loose-leaf teas come with leaves that are handpicked – and expand in hot water giving you the ultimate black tea experience.

Always go for organic loose leaf black tea when possible to avoid pesticides and chemicals that may alter the traditional flavor of the tea.

Only sue spring or unfiltered water to make the tea. Distilled water does not let the tea leaves expand hence weakening the flavor while tap water has chemicals that may alter the taste.

It may surprise you to know that tea can also burn when overcooked like other foods. Brew your tea between 200 and 212 F. For partially oxidized teas like Pu-erh tea stick to 200F.

This will depend on the type of black tea you are brewing. However, it takes an average of 3-5 minutes.

You can taste in intervals of 30 seconds, keeping in mind that the longer it stays, the stronger it becomes.

Black tea is the most well-known and popular teas across the globe. With the different types of tea, it is loved by so many cultures across the world.

Go ahead and try all the types of black teas in the world before you settle to your favorite.

With this guide, it will be an adventure you will never forget.